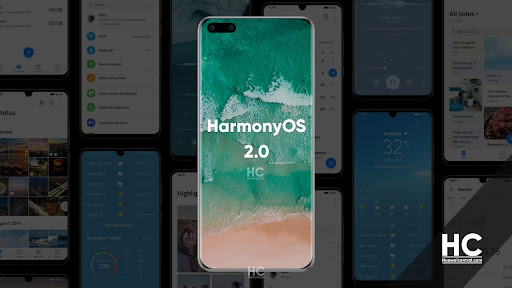 Huawei is going to announce HarmonyOS 2.0 on June 2nd. These days, Huawei has changed its Weibo name from EMUI to HarmonyOS . And Huawei has bought the trademark HONGMENG( 鸿蒙 ) from another Chinese company. HarmonyOS 2.0 ©huaweicentral.com HarmonyOS in Huawei's description:  HarmonyOS is a brand-new distributed operating system for all scenarios. It is positioned as a distributed operating system oriented to multiple smart devices in all scenarios, aiming to provide consumers with seamless experience.  HarmonyOS 1.0 have verified the possibility of the distributed technology. Also the distributed technology have applied to EMUI to innovate user experience, for example, in the feature of Multi-screen Collaboration between smartphones and PCs, and in the solution of MeeTime video calls between smartphones and smart TVs, or even drones.  HarmonyOS 2.0 not only enhances distributed capabilities, such as distributed application framework, distributed virtual bus, distributed data mana
Post a Comment
Read more 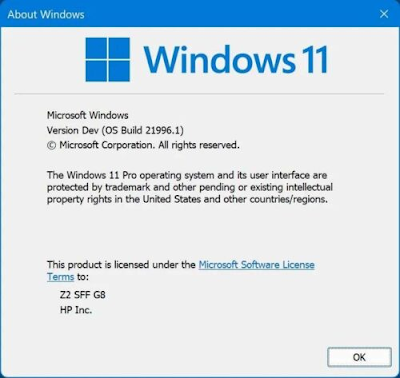 Rumors in the scientific and technological circles often turn into facts. The video released by Microsoft a few days ago made people speculate that the next-generation Windows version number is 11. Now the rumors have been confirmed by the early leak of the image. Judging from the pictures published by netizens, the difference reflected in the preview version is almost only a UI change. For example, the taskbar icon is centered: Live tiles removed from START menu: It is absurd that the old control panel is still alive. Many people are confused about the overlapping of the control panel and the system settings, and don't understand why Microsoft still retains the control panel. This time, the things changed in control panel are only the icons: What is currently leaked is only the early Windows 11 preview version. We can think that the official version will have more functional changes, but we can't have much expectations. As an ancient and complex system with a huge number of us
Post a Comment
Read more 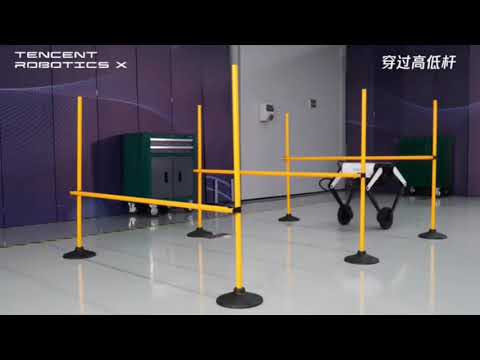 Common robots range from humanoid robots to quadruped robots, the most famous of which is Boston Dynamics' robotic dog. Currently, there are many teams in China developing robots.  Tencent Robotics X Lab has launched the four-legged robot MAX. And now, a new species has been born -- the Ollie.  Ollie is a wheeled robot, but as you can see from the video, for the most part it's a two-wheeled robot, which puts a lot of pressure on its balance. It needs to be balanced not just at rest, but in motion. As it passes through rough ramps, the left and right hubs are at different heights to keep the body steady.  Ollie's outstanding performance is attributed to the latest research and development achievements of Tencent Robotics X Lab -- nonlinear control technology and whole-body dynamics control, on which Tencent has published a paper.  At present, there is very little information about Robotics X Lab on the Internet, and the results can only be seen from the official video.
Post a Comment
Read more

How To Create A Custom SSH Entry In Windows Terminal 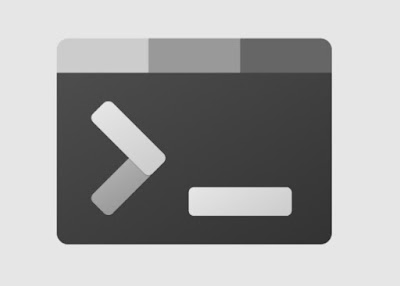 After using Windows Terminal, I found that typing commands under Windows can also be so enjoyable. With its beautiful appearance, silky response, and perfect support for WSL, many people who rely heavily on the command line have turned to Microsoft. When Windows Terminal is opened, the default Terminal is Windows PowerShell. Click the + sign in the TAB bar to open a new TAB, and click the downward arrow to select the target Terminal. If you have WSL enabled and have WSL Ubuntu, CentOS or other distributions installed, an entry will be automatically added to this menu, as shown the Ubuntu-20.04 below. As you can see, there are three custom menus on the figure, which are CentOS VM, R2S and ECS respectively. The first one is my virtual machine, the second one is my soft route, and the third one is my ECS server in Aliyun Cloud.  How do I add them? In previous versions, you had to manually edit the JSON file to add options, but now it's much easier. Just click the Settings option,
Post a Comment
Read more

WordPress, the most popular CMS in the world, is celebrating its 18th birthday. Over 41% websites from all around the world are built with it. I've been using WordPress since 2010. During the 11 years, I have always felt that it is a great and excellent work. As an open source project, WordPress has been continuously optimized and improved to maintain its life and vitality. Namecheap launches promotions for WordPress significant birthday:  WordPress 18th Birthday Sale — the gifts are on us   I took the opportunity and bought the $9 / year domain name for $6.63. In fact, at $9 a year, .com domains are already much cheaper than other registrars. Namecheap, after all, has always touted with cheap domains and has always given away domain privacy for free.   You think that's it? No, you can save up to 95%. If you've had an interest in a domain that you haven't bought, this is a good time for you.  Next up is the event's main character -- the free WordPress host. For this
Post a Comment
Read more

What Should You Do When You Got No Internet Access While Connected to WiFi / Ethernet ? 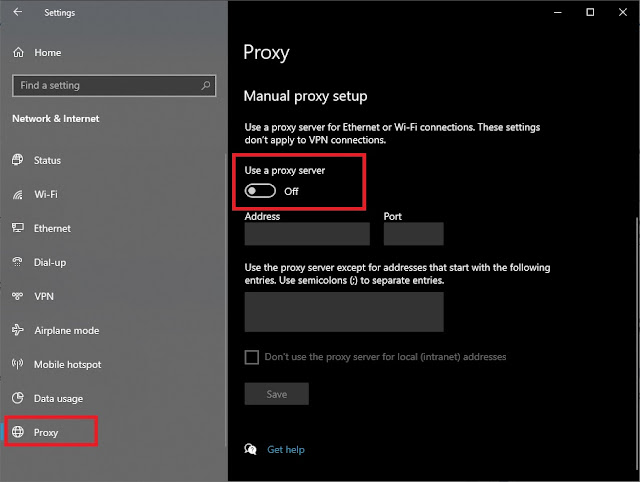 Do you use VPN or other proxy tools?  If the network icon in the right bottom of taskbar is totally normal as usual, but you cannot visit any site or login any applications, proxy settings is the first thing that you you should look at.  Click on START button - Settings - Network & Internet - Proxy , switch off Use a proxy server and test. If issue persists, try to reset your network. Do not turn off computer manually, but let it reboot automatically. These operations should have solved your problem. But if unfortunately the issue still exists, you should check the 3rd party software, e.g., antivirus and firewall, if they stop other applications from connecting to the internet. At last, test other devices, and restart your router / switch.
Post a Comment
Read more

How to Increse The Microphone Sound Level in Windows 10? 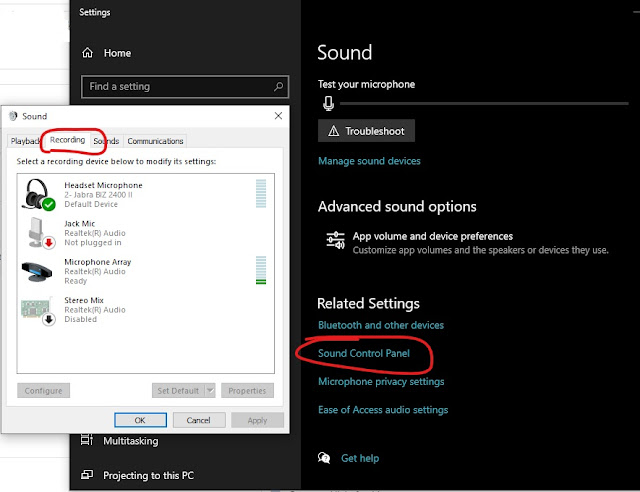 We use microphone to record sounds, chat online, communicate in games. Sometimes you may find the sound level too low. Is it annoying that others can't hear your voice so you have to repeat and repeat? Now, let's fix it. 1. Right click on the speaker icon on the right bottom of taskbar, and select Open Sound settings. 2. Open Sound Control Panel, switch to Recording tab. 3. Double click on the Input device, and switch to Levels tab, adjust the slider to the right. 4. Click on OK to save settings. The operation has both good and bad. On the one hand, your voice being recorded will be louder. On the other hand, ambient noise is louder, too.
Post a Comment
Read more

How to Disable Fast Startup on Windows 10? 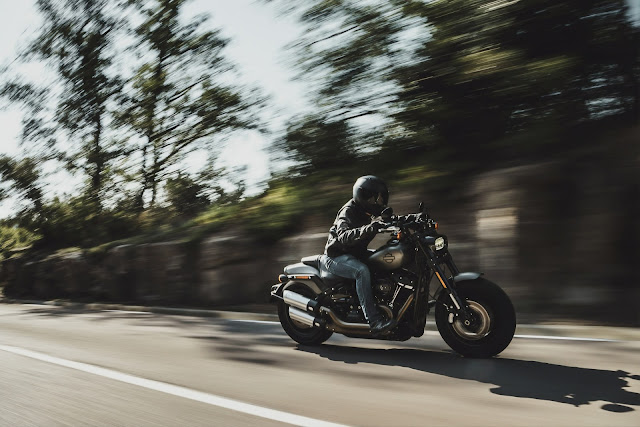 What is fast startup?  Fast startup is a Windows 10 feature designed to reduce boot time. Microsoft uses it to create an illusion that Windows 10 runs faster than its ‘ancestors’ on old and slow hardwares, e.g., traditional mechanical hard drive. However, most of modern PCs equip high speed technology, there is no significant difference of boot speed.  Worse still, fast startup can conflict with some drivers and applications without compatibility with it. For example, when Intel graphic driver conflicts with system, you may encounter the black screen issue when the system wakes up from sleep.  While it's so disturbing, how to turn it off ?  Go to Control Panel > Hardware and Sound > Power Options > System Settings Click on Change settings that are currnetly unavailable Uncheck the box of Turn on fast startup(recommanded) Click on button Save changes to exit OK. It's done. Congratulations you've got rid of a big trouble.
Post a Comment
Read more

Regardless of Opposition, Japan Plans to Pour Nuclear Wastewater into Pacific Ocean 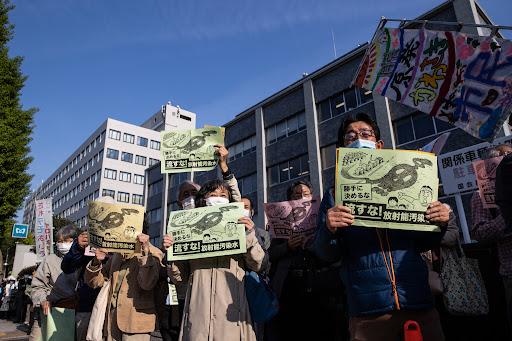 Japan has about 1.25 million tons of nuclear wastewater stored in more than 1,000 tanks since nuclear leak in 2011, and it's accumulating about 170 tons a day.  On April 13th, 2021, Japan decided to pour the wastewater into Pacific Ocean, despite of the opposition from all over the world, let alone its neighbor, e.g., China and Korea.  Dissenting voice also comes out from internal. But the Japanese government merely bowed and apologized, and then planned to continue to do so. Protest in Japan How does this affect us? The world’s oceans are connected to each other, and none of them are completely isolated. With the transmission of ocean currents, nuclear waste water will flow to every corner of the world. The radioactive substances in nuclear waste water not only affect the current health, but can even rewrite genes and cause damage to the next generation. The nuclear waste water flowing into the ocean directly affects marine products such as fish, but it will eventually flow into
Post a Comment
Read more 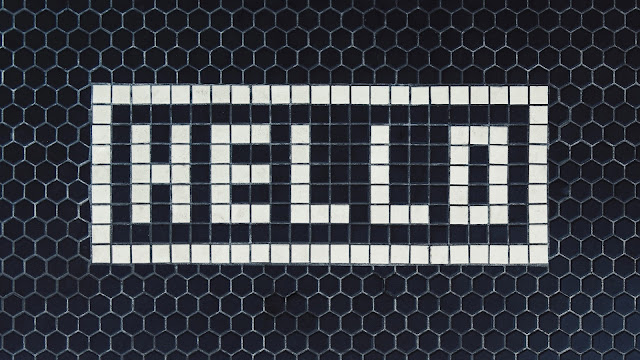 This is my first time to be aware that, we're able to use customized themes on Blogger. I found the theme named 'Rapid' from web and installed it. So beautiful it is that I can't believe it's a Blogger site.  Yeah, it seems like a more carefully designed site than most of self hosted ones. Like a baby just born, I can't wait to modify theme settings. Usage mode of Blogger vastly differs from some CMS framworks, e.g. WordPress. Blogger theme makers use Backup function of Blogger to create .xml files after the blog is designed, we users download the .xml file and import into Blogger with Restore function to reuse their works. Because what we import is static code, if we delete a predefined widget, it's gone. And the only way to find it back is to import again. However, prvious widgets won't dispear automaticaly, you have to remove it manually. I think the best practice is never changing themes and it's code once set up. Well, it's definitly more co
Post a Comment
Read more
More posts